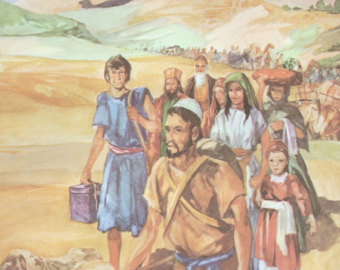 What Pertaineth To A Man!
By Mark Flippo

Deuteronomy 22:5
The woman shall not wear that which pertaineth unto a man, neither shall a man put on a woman's garment: for all that do so are abomination unto the LORD thy God.

Many people have tried to give me their understanding of this Scripture. GOD spoke very softly into my spirit last night at prayer meeting. That was 9-6-13 on a Tuesday night. Nothing I was ever told made any sense whatsoever. They would always argue what this one wore or that one, back in JESUS’S day. What GOD impressed me with is that the Scripture is always true even though the clothing that people where changes from age to age. Everyone in that time frame and country always understands what a man wears and what a woman wears.
So it does not matter what people wore back in the New Testament times. Since it changes from country, to country, and from century, to century, what people wear is never the same. Back in the 1920s in America there was a certain style of dress associated with a woman and with a man. It changes from time to time but regardless, everyone in that time, and in this country knows what a man should wear and what a woman should wear. We all recognize in this time period people that are trying to be a gender that they were not born with. I thank GOD that HIS word is always True, no matter where, no matter when. What we wear on the outside will always be changing but the attitudes in the mind and heart will always show themselves in outwardly dress! This is scripture about cross dressers.