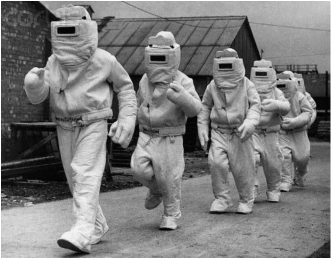 1. In the Great Fire of London in 1666, which destroyed 13,200 houses, 87 churches, the cathedral of St. Paul and left 70,000 homeless, only 8 people were killed.
2. The Parliament of Iceland is the oldest still operational parliament in the world. It exists since 930.
3. The Arabic numerals were actually discovered by Indian mathematicians
4. The first bomb that fell on Berlin from the Allies in WWII killed the one and only elephant of the Berlin zoo.
5. The U.S. Air Force (then part of the Army corps) had 18 pilots and 5-12 serviceable aircraft at the beginning of WWI.
6. General Antonio Lopez de Santa Anna ordered a full military funeral in 1838 for his amputated leg. He lost it by canon fire.
7. King George I of England was German.
8. At the beginning of the American Civil War, the commander of the confederate army, General Robert E. Lee did not own any slaves. The​ victor of the conflict union general Ulysses Grant did. Furthermore, the constitution of the confederate states of America banned the trade of slaves while the Union constitution did not.
9. A man from New Orleans hired a pirate to liberate Napoleon from his exile to the island of St. Helena.
10. In his college dorm room, Lord Byron kept a pet bear.
11. U.S. President Ronald Reagan was a lifeguard in high school. He has been credited for saving 77 lives.
12. In 1929, researchers in Princeton managed to turn a live cat into a fully functional telephone.
13. The infamous Kim Jong Il has written six operas.
14. The New York Daily Tribune had a strange correspondent in Germany. Karl Marx.
15. Napoleon was attacked once by some rabbits.
16. In 1952, Albert Einstein was offered the position of the second President of Israel. He declined.
17. The shortest war in history is between England and Zanzibar. It lasted for a full 38 minute
18. The weirdest war in history is between the Netherlands and the Isles of Scilly. It lasted from 1651 to 1986, making it the longest war that ever existed, to which there were no casualties.
19. Roman Emperor Gaius proclaimed one of the strangest senators that ever existed. His horse.
20. The Austrian army in 1788 attacked itself. 10,000 men were the casualties.