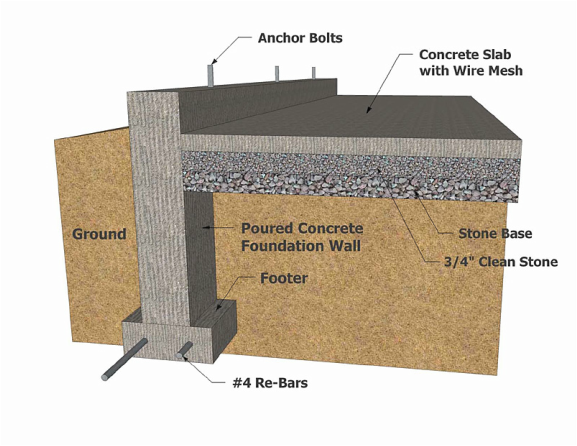 THE FOUNDATION PROCESS FROM THE BEGINNING
By Mark Flippo
I had been thinking on the goodness of the LORD when He dropped this into my spirit. Since the beginning of creation HE started laying a Spiritual foundation. HE would reveal a measure of Truth for man to make part of his being. Each time either man of an unclean spirit would redirect part of that Truth thereby mixing carnal thinking with His Truth trying to change the course of GOD'S plan. In the BIBLE it speaks of times of sifting. GOD would allow things to only go so far before He began his sifting process.
He would take up that part of the foundation, sift it, and remove the impurities and lay the good that was left on top of the good that was already there. Anyone working in the construction business can understand this principle. No matter what your foundation is made of, it must be good enough to support the structure you are going to build on top of it. After this happened He would again add a measure of new Truth to His people. Again man would try to do GOD'S work their way. And again GOD would allow this to continue for a time. Then sifting would start all over. Each time the foundation would become stronger and taller after each sifting!
GOD is always trying to move us to maturity in Him by revealing more Truth about Himself. HE wants to become so much involved in our hearts and ways of thinking that people can not distinguish between Him and us. This is a multi story building that He is working on. With skyscrapers there are parts that are imbedded in the main foundation so that you can build 30, 60, or 100 stories high!!
​How is your foundation? Is GOD showing Himself to you? Is HE sifting you to get rid of the impurities? Is He adding to your foundation? Take some time to ask of GOD where you are with Him! Are you stubbornly holding onto things that you need to get rid of? GOD will not allow anyone to continue any farther with Him with a bad foundation!  Let Him show you what is not pleasing to Him and allow Him to remove it and start again. Are you going to be part of His foundation or will you be sifted out?

Hebrews 12:6  For whom the Lord loveth he chasteneth, and scourgeth every son whom he receiveth.