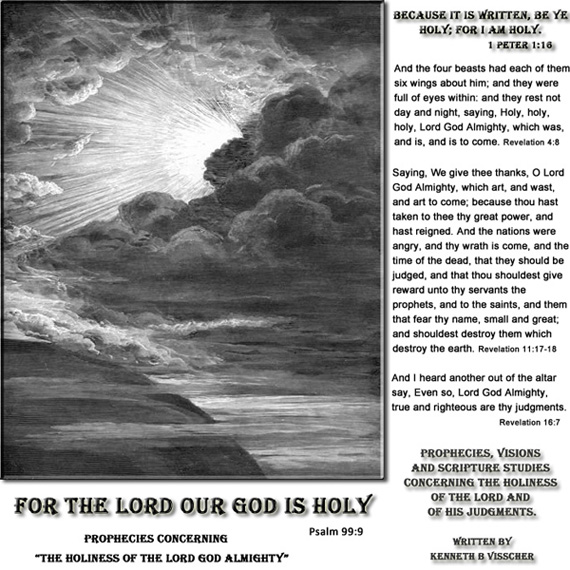 For The Lord God Is Holy
Shared By Mark Flippo

Right after I had said to the Lord that all I wanted was to know Him, all hell broke loose in and around my life. Now remember, the Lord had said that I could have power with God, anointed, holy power, full unmeasured glory of God with unlimited ability in Him to do all miracles signs and wonders. That as a prophet I would be recognized and known by nations all over the earth. There was a bit of a question mark in my mind back then of what the difference would be from knowing Him and, or, having His power. But there was a drawing in my heart which pulled me up from the confines of this world unto Him.
However, when I said I wanted to know HIM, and all hell began to break loose, I found that instead of being free of the confines of the world, I was sunk down low into those same confines I wanted to escape! My life immediately became subject to trials of time and weather and work and labor. The things I did not want to have control me controlled me! I had longed to be free of the shackles of this worldly existence, but when I told the Lord it was His person I wanted to know, the world encased me as if I were still alive in a coffin!

Do you feel like Brother Visscher felt? You have decided to follow Jesus and all hell has broken loose! Are you feeling overwhelmed? If you do feel that way that is a good sign. Nothing is the easy road when you want to follow Jesus! He is our example. Look how He suffered! We are not any better than Him! If you want to be like Jesus, it is a path not for the faint hearted! Let's walk uprightly before Him!
​Yield and you will be filled!