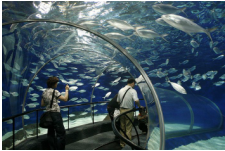 Lesson: What setbacks or failures have you experienced where you have emotionally given up and stopped trying?  Those setbacks become a barrier in our heads. Don’t believe that because you were unsuccessful in the past, you will always be. Break down the barriers that are keeping you from trying again so that you can experience success.