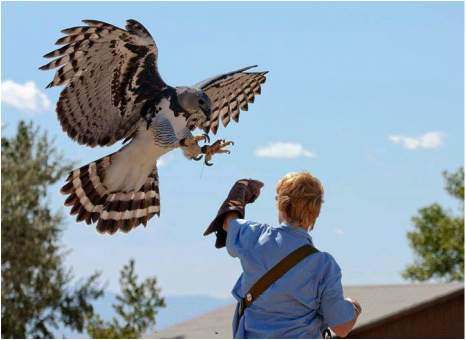 It is the largest and most powerful raptor found in the Americas, and among the largest species of eagles in the world. It usually inhabits tropical lowland rainforests in the upper (emergent) canopy layer. Destruction of its natural habitat has seen it vanish from many parts of its former range, and it is nearly extirpated (eliminated) in Central America. In Brazil, the harpy eagle is also known as royal-hawk.

I had to look up the one word. So I put the definition next to it. I hope others did not have a clue what extirpated means. This is one whopper of an eagle. So beautiful. That claw, WOW! I am glad that Dinosaur Raptors are extinct. God gave every animal it's own way of protecting itself and hunting for food! He can protect us from predators! Humans or animals!