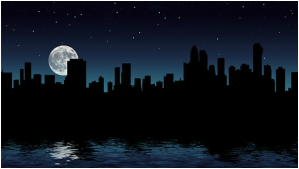 This has happened before. The Northeast blackout of 2003 was a widespread power outage that occurred throughout parts of the Northeastern and Midwestern United States and the Canadian province of Ontario on Thursday, August 14, 2003, just before 4:10 p.m.The Northeast blackout of 1965 was a significant disruption in the supply of electricity on Tuesday, November 9, 1965, affecting parts of Ontario in Canada and Connecticut, Massachusetts, New Hampshire, New Jersey, New York, Rhode Island, and Vermont in the United States. Over 30 million people and 80,000 square miles (207,000 km2) were left without electricity for up to 13 hours.

Does anyone really think that this is not going to happen again? If you do I have a Bridge in Brooklyn to sell!